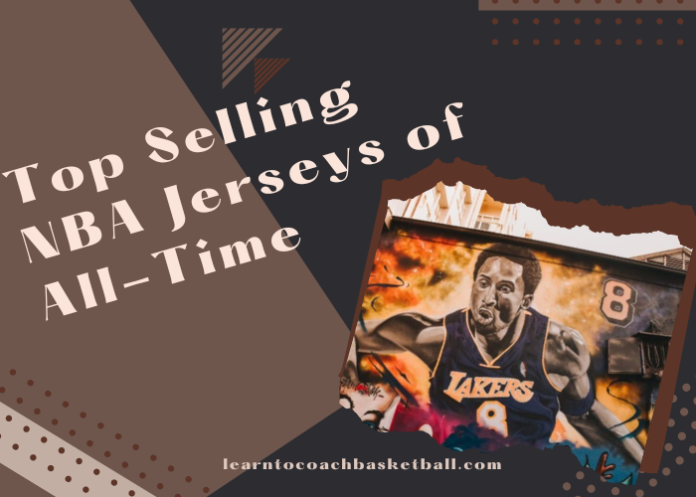 Basketball is, undoubtedly, one of the most popular sports in the world, with over 2 billion fan-following and viewership. A simple way to determine the best jerseys of all time is to look at the jerseys sold the most each year.

Every year, the NBA releases information on the sale of official NBA jerseys via their NBA store. However, the question lies if it’s the best jersey in terms of design or player popularity?

Most often, the best-selling jerseys are of one of the two NBA Finals teams every year. Of course, these jerseys are worn by that franchise’s star players. The popularity of the NBA is increasing, and with time, it’s gaining more eyeballs and bettors to fancy their chances at NCAAB odds at fanduel.com.

Fortunately, the NBA has many great players, both from the current era and the past. There are a few current players in the top-selling jersey list, with some legends from the past. 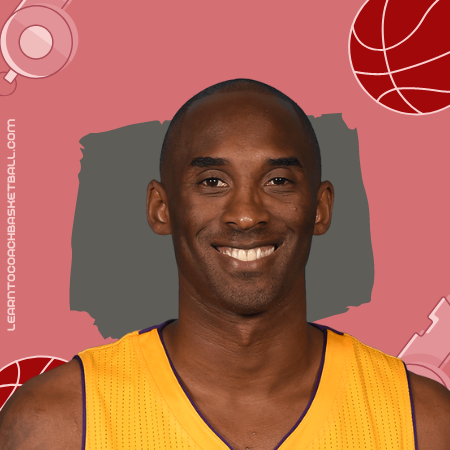 Kobe Bryant is one of the greatest basketball players of all time. There aren’t many basketball fans alive today who don’t know about the Bryant jersey. Most of them have probably worn one at some point. In this season, Kobe’s jersey remains one of the top sellers in the NBA.

Several questions were surrounding LaMelo Ball when he entered the league. He won the 2020 NBA Rookie of the Year award for his outstanding performance. The young Ball is highly regarded as the best player the Charlotte Hornets have to offer, and given that he lists in the top-selling jerseys this season, it’s an impressive accomplishment. 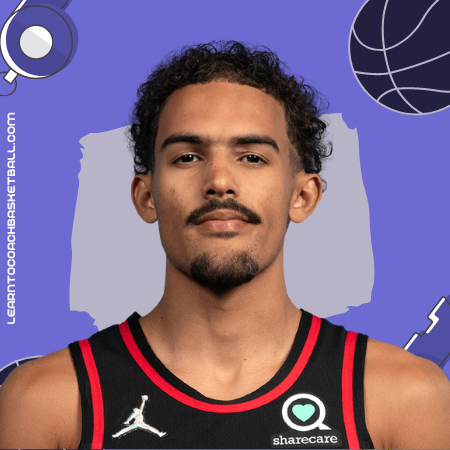 Young is often compared to Stephen Curry due to his quickness and ability to shoot from anywhere on the court. Since winning hearts at Oklahoma, Ice Trae has been one of the most popular players in the league, and his jersey sales are evidence of his popularity.

Kevin Durant is one of the greatest players of our generation. One of the league’s best with the cleanest shots. Seeing him as a best-seller is no surprise since he’s the four-time scoring champ.

Stephen Curry, what makes him so great? Simply put, he has revolutionized basketball. The combination of Curry’s limitless range, insane accuracy, and willingness to let the ball score from three-point range makes him one of the greatest shooters ever. Curry’s jersey is, of course, a hot item.

Best and top-selling NBA jerseys of all time

Now it’s time to look at the NBA jerseys’ sales of all time. 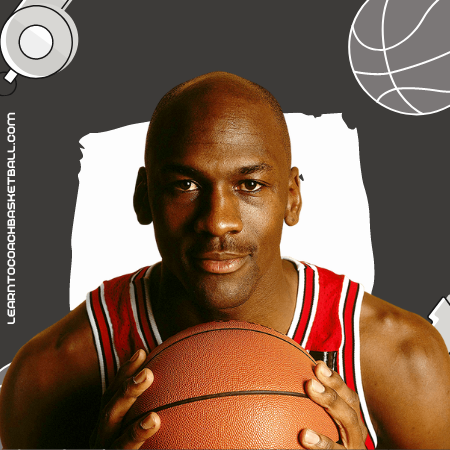 MJ is no doubt a GOAT–The greatest of all time. Even before the NBA started tracking jersey sales, MJ jerseys used to sell like hotcakes. When Jordan and the Chicago Bulls competed in the late 1980s and 1990s, the classic red or white Chicago Bulls #23 jerseys dominated the best-selling charts. Jordan’s jersey is likely the #1 jersey.

Many current NBA players still identify him as their basketball influence. In addition to his Chicago Bulls jerseys, they have his popular NBA Star jerseys from 1991 to 1993.

The fact remains that Kobe Bryant is one of the most popular players in the league, regardless of his playing style. Kobe has the second-best-selling NBA jersey of all time. Changing his number from #8 to #24 in 2005 made his fans buy more of his jerseys. 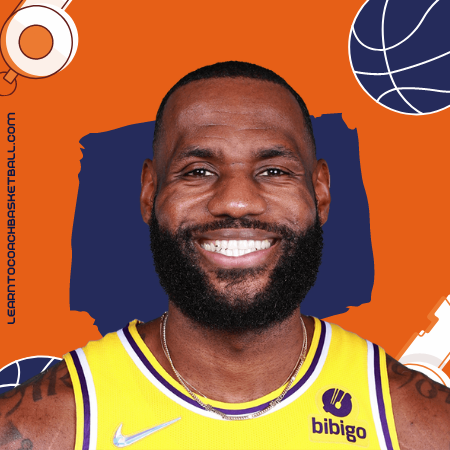 There were talks of LeBron James going from one of the best NBA players to becoming the greatest athlete of all time. Some have even suggested that James might have taken Jordan’s place.

James got the third spot on the top-selling jersey of all time, even though there might be disagreements about who should be number one. He led his teams to eight NBA Finals appearances in addition to dominating the best-selling jerseys in the 2010s. His jerseys were a hit in Miami, Cleveland, and now Los Angeles.

At one time, Magic Johnson was an elite and universally beloved player. In the 1980s, he won five NBA championships while leading the Los Angeles Lakers to seven NBA finals appearances. As a result of representing a city with the country’s second-largest population and his consistent popularity throughout the 1980s, jersey sales soared. 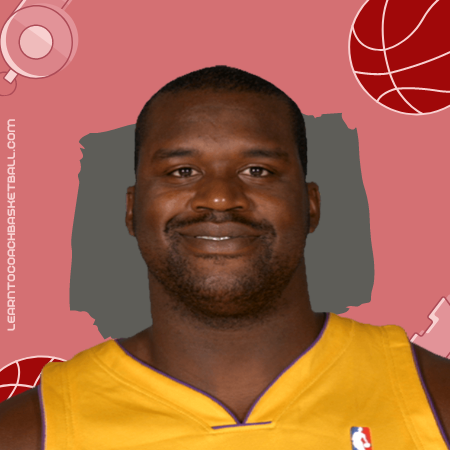 Shaquille O’Neal’s dominance in the NBA between 2000-2004 isn’t accounted for since most jerseys were sold for only one year. In his prime, he dunked on opponents and mowed them down to win three consecutive titles in 2000, leading the NBA in scoring and cementing his status as one of the best players the league has ever seen.

Larry Bird was a basketball genius and did transform the league through his fierce rivalries that went down in the annals of the sport. During the 1980s, Bird won three consecutive NBA MVP awards and led the Celtics to three NBA titles in five NBA Finals appearances. In the years where Bird either won the NBA championship or received the league’s MVP award, it’s safe to assume he had the best-selling jerseys. 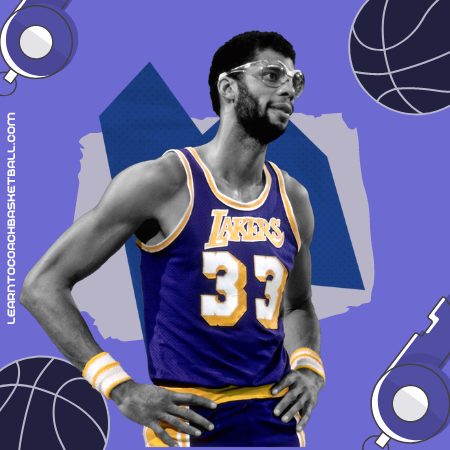 With the available jersey sales data and the relative unpopularity of the NBA before 1980, it would be extremely hard for a player before the Golden Era to have made the list of top-selling jerseys.

The only player we think would make this list is Kareem Abdul-Jabbar. He won six NBA titles, six NBA MVP awards, and two Finals MVP awards during his career with the LA Lakers in the Showtime era. The legend must have sold his fair share of jerseys over his 20 NBA seasons. 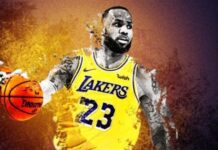 Valentina Clarkson - August 7, 2022 0
If you ever get a chance to play basketball, you will learn how attractive and loving sports it is. Besides, it is attractive this...