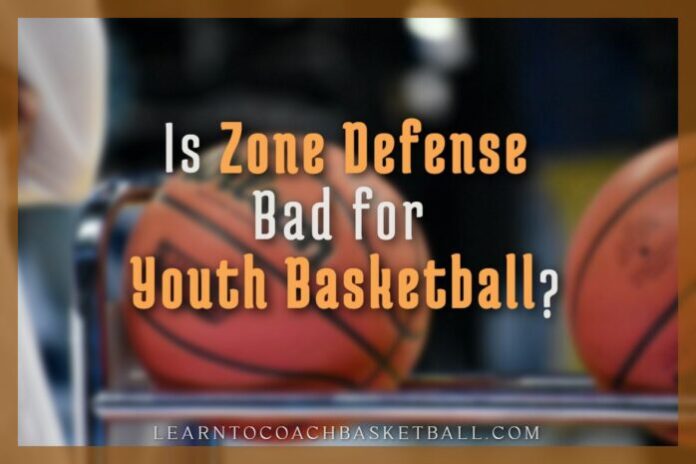 Today I watched a video that vilified zone defenses and presses in youth basketball. Now, I am a man-to-man coach and played in man-to-man defense-only leagues when I was young. However, as long as zone defenses are legal, I do not see why youth leagues should prohibit them or why coaches should be discouraged from employing them.

Before getting too deep into the argument, I suppose that I should frame the age groups. The video mentioned that zones should not be used before high school. Therefore, our conversation centers on u14s. Now, I do not even believe that players need to play organized basketball until they are 8 or 9.

When players begin organized basketball, I believe that they should play 3v3 games, not 5v5 (more on this below), which is why I created the Playmakers Basketball Development Leagues. I do not see a need for 5v5 games until players are 10 years old or older, so the argument of zones or no zones has to do with the 10-14-year-old age group.

What is the argument against zones and presses?

Generally, coaches feel that zones and presses are lazy. Coaches imagine other coaches stationing five players in the key to force jump shots and protect the basket.

Of course, this happens. I have heard of coaches who play a 2-3 zone defense and literally tell the bottom three defenders to stand on the block, in the middle of the key, and on the block, respectively, and not to move. To prevent this type of lazy coaching, coaches vilify all zone defenses.

Of course, I also know coaches who play man-to-man defense and tell 1-2 players not to worry about their players (the weaker players) and concentrate solely on help defense. However, nobody suggests outlawing man’s defense because of this type of over-competitiveness.

Coaches believe that teams who play zone defense force young, unskilled players into outside shots which they cannot make consistently. They believe that presses benefit the biggest, strongest players who overwhelm young players who lack the strength to exploit the entire court.

To me, the answer is not to outlaw zone defenses. How does ignoring the problem (inconsistent shooting, lack of strength, lack of passing under pressure) help anyone?

The problem is one of spacing, which is easily fixed by reducing the number of players on the court. In top European soccer academies, players do not play full 11v11 games until they are 11 or 12-years-old. They start with small-sided games using a smaller field to encourage more touches for each player and to make the game more manageable.

Of course, a team can do the same with man-to-man defense as well: if the coach knows that nobody on the opposition can shoot a three-pointer, his defender can back off several feet and play the passing lanes.

The same is true for the press. Presses work against younger teams because players lack the strength to throw over the top of the press. Therefore, the defense can shrink the court and put all five defenders in the backcourt.

Of course, a team can do the same thing with a man defense too, especially with the press breaks that most teams employ. If using fewer players, there is plenty of space for offensive players, and the press cannot condense to space or overwhelm the offensive players.

Why is the argument against zones just semantics?

This is a very generic defense and a very generic play. However, in a basic 1-3-1 set against a 2-3 zone, the point passes to the wing and cuts to the corner. One of the top defenders (O1) takes the ball and the other (O2) takes the high post.

In the man-to-man example, the offense starts in the same 1-3-1 set and runs the point to the corner to create a strong-side triangle. The defense defends in the same manner as above, except different defenders defend different positions. O2 takes the wing; O1 follows the point to the corner; O4 fronts the low post; O5 takes the high post; and O3 helps in the middle of the key.

The basic difference between man-to-man and zone defenses is the way that the defense defends cutters (with or without screens). In man-to-man defense, defenders deny and follow cutters to a point and then deny or play help-side defense; in zone defenses, defenders follow and release the cutter to the next defender and then recover to their zone.

However, strong-side defense and weak-side defense remain largely the same. On the strong side, someone defends the ball and a defender is responsible for a quick closeout to any perimeter players, while a defender typically denies any penetrating pass into the post (low or high), though some zones at the college level are designed to force mid-range jump shots, so they do not cover the high post too closely and concentrate more on the three-point line and low post, like many college man-to-man defenses.

On the weak-side, the defenders play with one foot in the key, two feet in the key or on the mid-line, depending on the amount of help defense.

Therefore, when the ball is passed to the wing, a player has essentially the same amount of time and space to execute a move against a good man-to-man defense as against a good zone defense.

Obviously, man and zone defenses and offenses can be far more complicated. However, if the argument is that the players are young, unskilled, and inexperienced, would they be doing anything more than the most rudimentary cuts and rotations in man or zone?

If a team has a sophisticated man or zone defense or offense with an u11 team, the coach probably is spending far too much time on strategy and not enough time developing general individual and team skills. Therefore, again, the problem is not zone vs. man, but strategy vs. skill development.

If man-to-man and zone defenses are so similar, what is the argument?

When coaches argue against zone defenses and presses at young ages, they make two arguments:

Prohibiting zone defenses does not fix either of these problems. In fact, prohibiting zones could exacerbate the second problem. If zones are prohibited, it is tough to play good help defense.

My team when I was young was often called for violations because we played help defense with a foot in the key, as most high school coaches teach. But, if outlawing zone defense, how do you differentiate between good help defense and zone defense?

Therefore, if you prohibit good help defense in the name of outlawing zone defense, the biggest, strongest player has a better opportunity to dominate single-handedly. The best player dribbles the ball up the court, beats his own defender, and other help defenders are hamstrung or late because they are a step too far out of position because of the anti-zone defense rule.

Therefore, he gets to the basket with ease and scores. On defense, it is easy to put the biggest, strongest player on the ball, teach the wings to deny everything hard, and easily exploit weaker, unskilled players with man-to-man pressure.

As for the first problem, their issue is not with zones but poor teaching. I am also against poor teaching. However, I think that man’s defense can be as overwhelming and poorly taught as zones.

To fix these issues, we need to do two things: 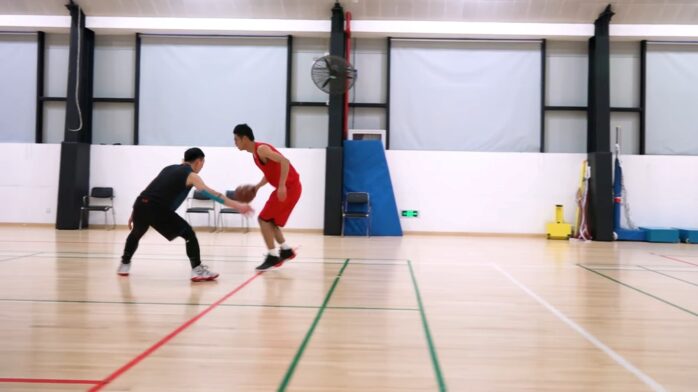 In the second case, we need those who oversee leagues act more in the role of “coaching the coaches” than just administrating. League directors should assist coaches and encourage good teaching techniques.

Zone defense is not the enemy – poor teaching is the enemy. We need to remember the difference. It is possible to play great zone defense and teach players many useful skills that they can transfer from season to season regardless of the defense that their next coach employs.