NBA basketball hoop is 10 feet high. While James Naismith, the guy credited with inventing the hoop game, drafted the game’s first-ever rules, he set basketball rim height as 10 feet. Many years later (over 125 years) the hoop was unchanged.

You may think the first game basketball rim height was achieved after extensive consultations and calculations. But that’s not true.

Once James Smith hung the peach basket (which was originally used as a hoop) on the first basketball court near a running track at Springfield Teachers ‘ College, they held it 10 feet high from the ground. And since then, the 10-feet hoop height has become an integral part of the hoops game, not just the standard.

Where did the idea of 10 feet height come from? 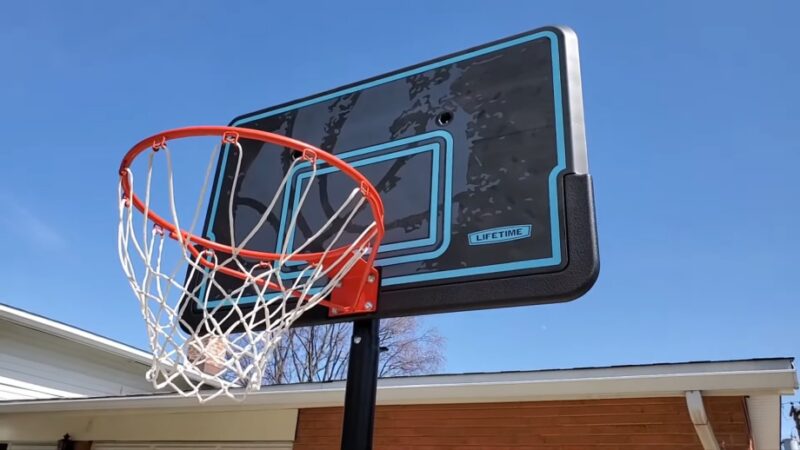 Despite extensive consultation and multiple calculations or trials, the hoop’s height did not reach the head either.

James Naismith, a Canadian gym instructor at a spring field YMCA school, Massachusetts, was asked to create a thrilling game that could be played indoors on rainy days. He then hung peach baskets on a running track that surrounds the gym’s outer perimeter. The railing was 10-foot-high.

At that time, the Young Men Christian Association (YMCA) gym had just 10 feet of high railing available. Since then, the 10-foot hoop has become one of basketball’s vital components.

Attempts to change the height 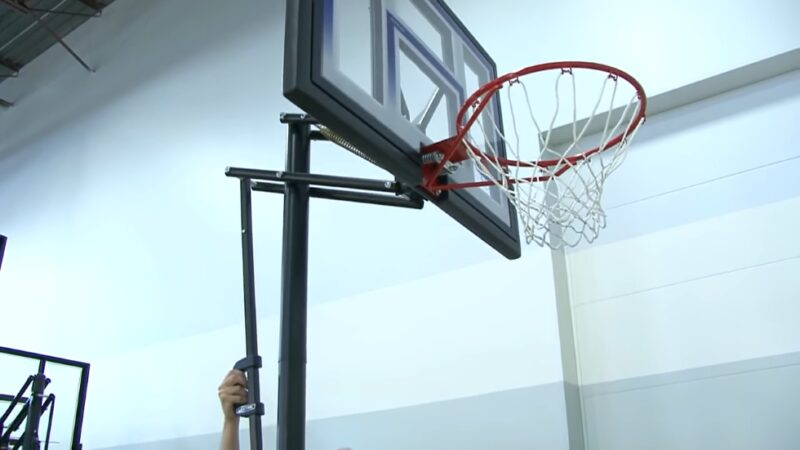 Well, it’ll be a mistake if you think the 10-foot-high concept has gone unnoticed until this stage. The game has evolved over the years. There were occasional calls to heighten the hoops. This is to make the shot a little more difficult and exciting In 1947, an NBA player’s average height was 6’2, “but now it’s almost 6’8.”

Owing to the height advantage, the team’s top guys are selected regularly to different teams. But all these attempts at height improvement remained ineffective for years.

A Higher Rim-Good for the game? 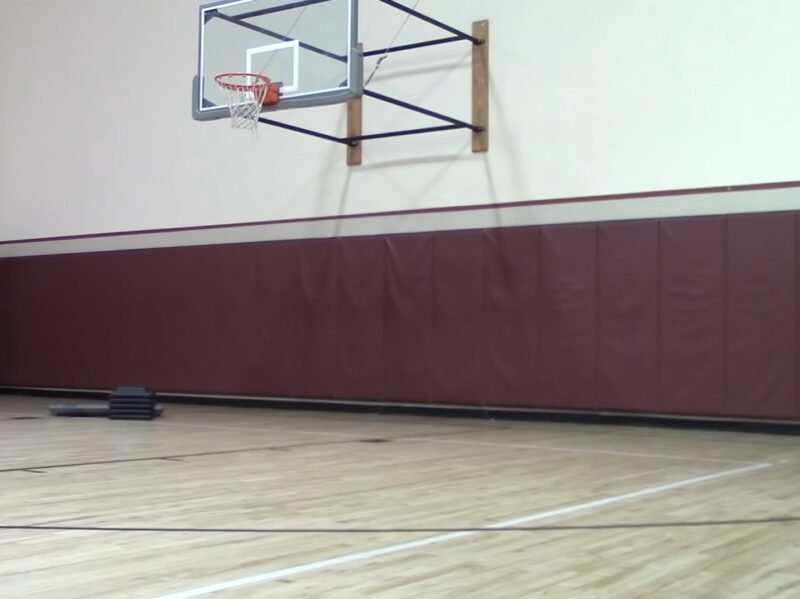 There are several talks and suggestions to change the rim height. But the question is still there- value to the game? As you can see, most professional players are tall. And being tall is perfect in basketball.

This has prompted others to call for the hoop to be lifted above, but a higher rim means that the fundamentals would be more important.

Given this, it would be so unfair to target shorter guys who aren’t born giants—a big slap in the face. I’ll probably say 100 times that’s high enough. And make no mistake I’m 6’9 “Plus, is there any end to lift the height? Someone can still leap and go much higher.

Read More : Why Basketball Is Better Than Soccer?

Attempts to change the hoop height 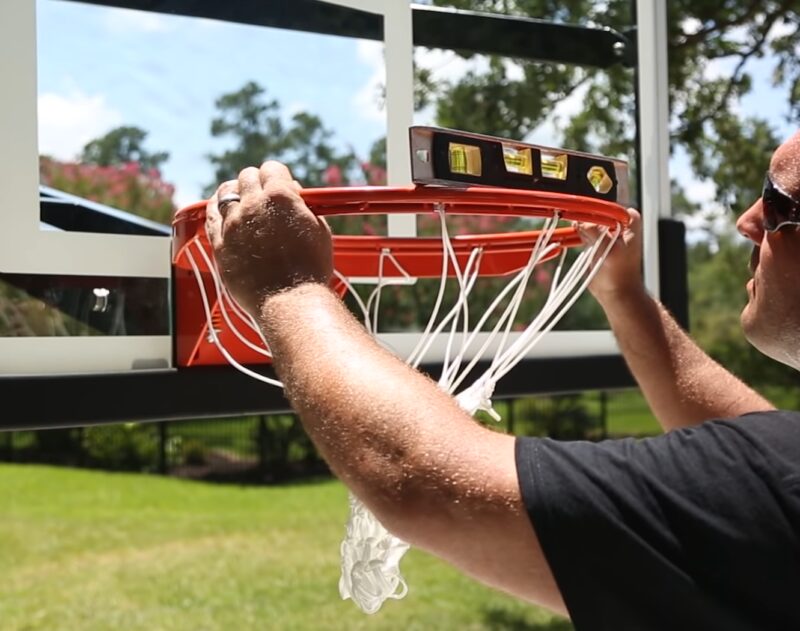 Don’t make the mistake of believing that for the last 125 years or so, the 10-feet height has gone unchallenged. When the NBA set the basketball player average height standards at 6 ft. 7 in (2.01 m), those who have always been in favor of increasing the height received tremendous support from all over.

Height was a competitive asset, allowing the highest men to be selected on different teams with considerable regularity.

As Pablo S. Torre from Sports Illustrated states, a male as tall as 7 feet has chances of playing in the NBA as high as 17% (only based on his height).

As you can easily imagine, the increased average player height was a drawback for the shorter players — who had to rely more on skills and fundamentals to compete with the taller court players. 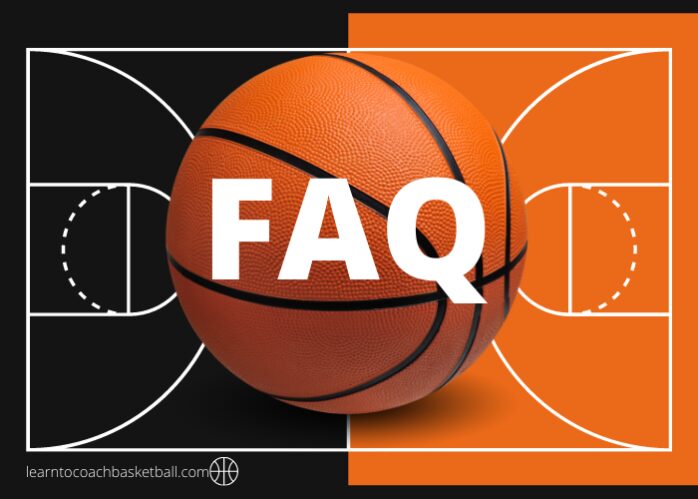 Q 1: Is It A Good Idea To Make The Basketball Hoop 10 Feet High For Middle School Basketball Players?

Answer: Some say that middle school kids aren’t exactly tall. Since they’re not exactly tall, it seems 10 feet high. But a basketball game is a team sport requiring each team member to enterprise with each other — to bag the victory. So, when the rim height is small, only dunkers gain. Not all basketballers are dunkers.

Q 2: In A Youth Program, What Is The Average Basketball Hoop?

Answer: Currently, height varies from place to place. It’s just sad that most modern-day teams use 10-foot-high basketball hoops regardless of player age. No doubt, 10 feet is big for youth basketball players, and in the future, it will cause many problems in shooting mechanics. But if you look out, these days, fitness programs include target height for youth basketball.

Q 3: Is It Compulsory That I Follow The Regulation Of Basketball Goal Height?

Answer: Basketball rims in junior high, high school, and so on ought to be precisely 10 feet above the ground — not more or less. Consequently, once players meet the right age, they will obey the regulatory height. Therefore, basketball players get to learn the height they can reach in official matches. You apply to basketball hoop height by age if you have kindergarten basketball players.

Q 4: Is The Hoop Height Going To Change Anytime Soon?

Answer: The standard hoop height of 10 feet exceeded 120 years. And as years go by, more coaches and players come out campaigning for reform. Some say 11 feet is a reasonable norm, while others believe 12 feet is the way to go. They did the campaign well. Yet it wasn’t good enough because NBA officials didn’t attend the event. For now, there’s no sign of officials adjusting hoop height. Only time will show whether the normal height remains or higher. 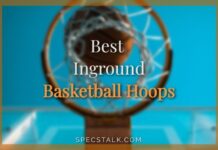 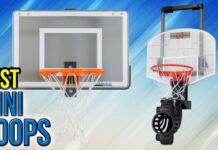